The Lincolnshire Bomber Command Memorial Trust (LBCM), in partnership with the University of Lincoln, has been awarded Round 2 funding of £3 million from the Heritage Lottery Fund (HLF) for the creation of the exhibition, community engagement and education programmes and digital archive for the International Bomber Command Centre (IBCC), it was announced today.

However, the Trust still needs to fund the building of the Chadwick Centre, which will house these facilities. To raise the £3.8 million needed to build the centre the IBCC launched a major fundraising campaign on 15 January with the support of celebrities such as Dan Snow, Carol Vordeman, Jim Dooley, Dame Judi Dench and John Sergeant.  Entitled “Are You One in a Million?”, the campaign aims to get 1 million people to donate at least £3 plus gift aid, reflecting that during WW2 over a million men and women, from over 60 different nations, served or supported Bomber Command.

The project, which was launched in 2013, unveiled the first physical element of the project, the Spire Memorial and Walls of Names, in October 2015 with an audience of 2,600 guests including 312 WWII Bomber Command veterans, thought to be the largest gathering since 1945.

President of the Bomber Command Association, Air Commodore Charles Clark DFC, said “Knowing how difficult it was to raise the funds for the memorial in London, it is exciting news that the HLF are supporting this worthy project.  We have to do everything we can to ensure this project is delivered whilst we still have some veterans alive. 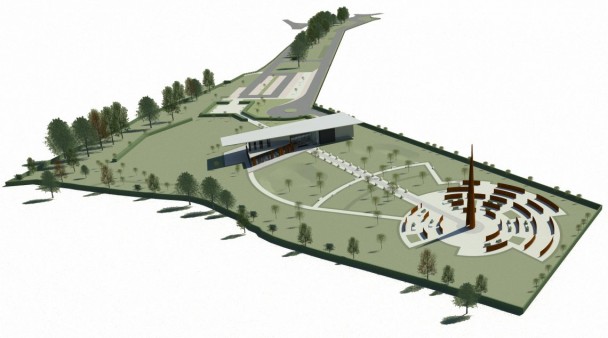 Dan Snow, historian and ambassador of the project said “There are few more deserving projects in the UK than the International Bomber Command Centre. Lincolnshire needs a proper memorial to the service personnel who faced appalling conditions as they did their bit to liberate Europe from fascism. There is no other centre in Britain or any other country where the history of the bomber offensive can be preserved, gathered, curated, studied and debated. This centre will be a world leader.” 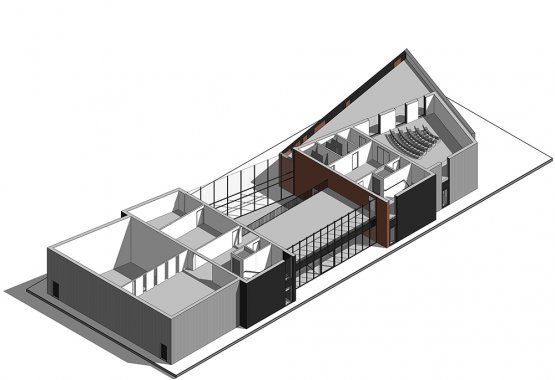 The project will also create an archive that digitises and preserves thousands of personal stories and documents including the recollections of some of the few remaining survivors of the campaigns. Much of this information has never before been available for public view. 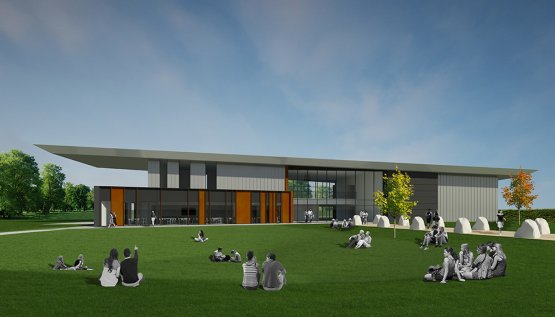 Jim Dooley, 70’s Popstar and fundraiser says,” It is absolutely wonderful news that HLF have agreed a grant to fund the archive and exhibition installation for the IBCC. A really significant milestone has been achieved, many thanks and congratulations to all who have played a part.  The race is really on now, to raise the necessary funds in order to build the Chadwick Centre that will house the archive and exhibition.

If we could now find 1 million individuals to donate at least £3, gift aided, we could reach our target in no time.

I appeal to all those who wish to see the exploits and sacrifices of wartime Bomber Command endure for future generations, to please donate now.”

Once open the Centre will have a dedicated education team working with schools, colleges and lifelong learning groups visiting the centre and through outreach programmes including the creation of specialist schools’ packs and an educational online portal.

Chairman of the Trust, Tony Worth CVO says “All of those who served deserve recognition for their unstinting sense of duty, bravery and sacrifice. Their story is an enormously complicated one and includes not only those who served but those who supported them and those who suffered as a result of the campaigns. These are the people that this project will bring to life and honour.  It will be an invaluable asset for the telling to future generations of the extent of the contribution of all those involved in Bomber Command in the defence of our liberty.  The support and recognition of the Heritage Lottery Fund in the delivery of this project is vital to securing its long term success”. 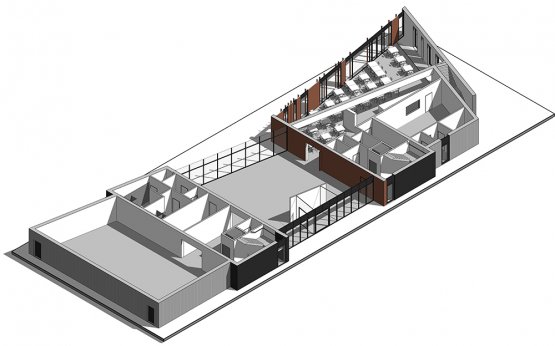 Jonathan Platt, Head of HLF East Midlands, said: “Bomber Command was truly international, with casualties from 62 countries and on five continents. This project has also demonstrated its importance with support from across the world.

“There are a wealth of stories connected to Bomber Command that, until now, have never been fully told. We are proud to offer this National Lottery support to interpret the full story of its activities and to record the testimonies of veterans as well as those affected by the bombing. It will be an essential resource to help us all appreciate and reflect on people’s experiences during this important period in world history.” 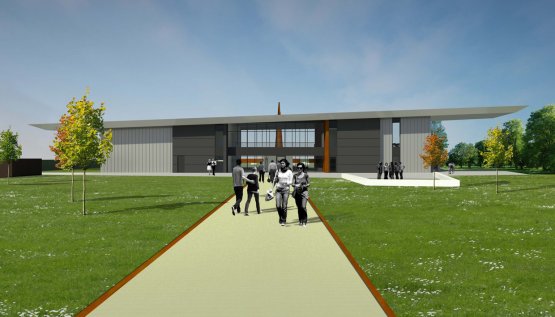 The national press initiative began on Friday 15th January, but if you would prefer to text your donation then please follow these easy steps: 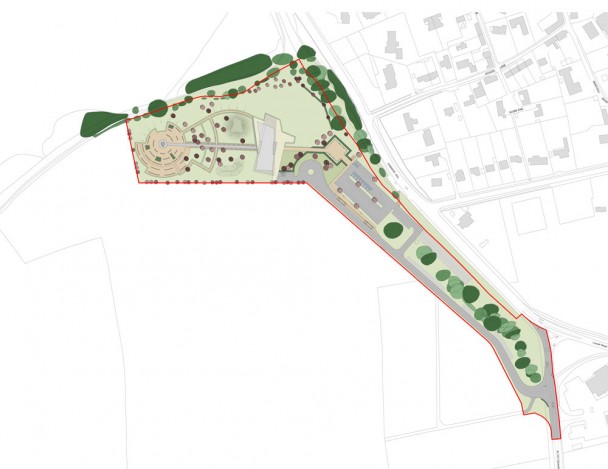 The International Bomber Command Centre is being created to provide a world-class facility to serve as a point for recognition, remembrance and reconciliation for Bomber Command.

Currently no single national or international facility exists for individuals, organisations or academics to access the consolidated history of the Command. It is therefore of significant national importance that this is addressed and that the history and heritage of Bomber Command is gathered and conserved for future generations.

Lincolnshire earned the title of “Bomber County” as the Headquarters of both 1 and 5 Groups and a third of all the UK’s stations were based in the county. Many of the most well-known operations flew from one of these 27 bases and a large percentage of all of the Command’s losses flew out from them.

The Centre is situated on one of the Lincoln’s two hills providing direct views, across the valley, to the historic Lincoln Cathedral.  The Cathedral, renowned for being the tallest building in the world until a fire destroyed its 80m spire on the central tower in 1548, provided a landmark for crews both leaving and returning from missions and, for those who failed to return, the Cathedral was often their last image of home.

More than 125,000 men served as aircrew in Bomber Command during the Second World War and less than 70,000 returned – an attrition rate of 44.4%. Only 30% of those that flew got to the end of the War without being killed, injured or taken prisoner of war. They were supported by thousands of men and women who served in ground crew along with the Air Transport Auxiliary, the Women’s Auxiliary Air Force (WAAF) and many others.

The project will receive no Government support.

About the University of Lincoln

The University of Lincoln is one of the UK’s best modern universities (The Times and Sunday Times Good University Guide 2016). As a partner in the International Bomber Command Centre, the University is committed to preserving the heritage of the men and women who served in Bomber Command, as well as those whose lives were affected by the bombings, through the creation of a unique digital archive. Specialists from the project, which is attached to Lincoln’s School of History & Heritage, are actively identifying and contacting surviving veterans and civilians in countries all over the world, conducting hundreds of interviews and digitizing thousands of documents and artefacts. Many of these stories have never been told before. They will be made available online for future generations, and will be used as the basis for a comprehensive and moving exhibition at the International Bomber Command Centre.

About the Heritage Lottery Fund

Thanks to National Lottery players, we invest money to help people across the UK explore, enjoy and protect the heritage they care about – from the archaeology under our feet to the historic parks and buildings we love, from precious memories and collections to rare wildlife. www.hlf.org.uk  @heritagelottery

Mary Stuart, Vice Chancellor of the University of Lincoln and IBCC Trustee said “The award of the Heritage Lottery grant is brilliant news. It will enable the University, as a partner in the IBCC, to unlock a wealth of expertise, talent and creative energy in building an unrivalled digital archive on Bomber Command, which will have truly international reach.  It is vitally important that the direct experiences of those caught up in Bomber Command campaigns, on the ground and in the skies, should be captured and preserved for future generations.  There is so much to learn from these stories, about fortitude and bravery, as well as suffering and trauma, and I feel immensely proud that the University will be playing a central role in this task.”

Cllr Martin Hill, Leader of Lincolnshire County Council said: “I am delighted the project has been successful in their heritage bid. Lincolnshire is the right place to commemorate the bravery of the men of Bomber Command and will greatly add to all the attractions the county has to offer.”

Diane Lees, Chief Executive of the Imperial War Museums and adviser to the IBCC said “I am delighted that HLF have been able to give such generous support to this important project; the grant will make a significant difference to its future.”

Stephen Philips QC MP for Sleaford and North Hykeham said “I am delighted to hear of this new funding. This project is vital in ensuring that we do not forget the determination and sacrifice of those who served in Bomber Command, and safeguarding their legacy for generations to come.”

Karl McCartney, MP for Lincoln said “I am delighted to hear that the Heritage Lottery Fund has provided substantial funding for this project and has recognised the importance of our County’s aviation history. Lincolnshire has a proud military history across all the Forces as a County and indeed is known widely and fondly by many national and international friends as ‘Bomber County’. It is important that we continue to recognise the bravery displayed by many of those who fought for our freedom in World War Two, and I congratulate all those who have worked so hard to secure these funds to enable the International Bomber Command Centre to become a reality.”

Les Rutherford said “As a veteran of Bomber Command I am delighted by the resurgence of interest and the financial assistance given in remembrance of the 55,573 men killed in Bomber Command during WW2.  We must never forget the dedication and sacrifice of these men and the part they played in eventual victory.”

“Bomber County is the place where many of us operated from so most veterans think that this is the place where we should be remembered.  The magnificent Memorial, digital archive, exhibition and International Peace Gardens when completed will ensure that memories of our sacrifices will live on” said H. James Flowers, 50/44 Squadrons, rear gunner.