The focal point of the event was a competitive race between 27 teams. The teams were formed by local charities and businesses and consisted of a helmsman provided by the organisers, eleven crewmen of which ten paddled and one set the rhythm via a drum. Each team had three qualifiers, the teams with the fastest average then went through to the subsequent knockout rounds.

11.15am came around and with it, crowds of people were drawn to the section of the canalized River Trent, between the bridge and the Newark Town Lock, a section of river that has a backdrop of Newark Castle and Gardens which helped intensify the atmosphere.

‘Sink or Swim’ heats were as follows.

A few practice strokes to get the boat to the starting line was all the preparation we made and despite the lack of rigour ‘Sink or Swim’ got off to an impressive start, although admittedly blighted with poor technique. Out of the other boats in that heat, Sink or Swim finished in an admirable second place. As we disembarked onto dry land, we started to believe…

Buoyed by the impressive start, we found ourselves at the starting line once more. As the boats lined up, a silence swept through the boat as tensions were high and adrenaline kicked in. The countdown began and off we went at full throttle. For the first quarter, the pace dictated by Shona’s beat was in harmony with our strokes and ‘Sink or Swim’ were very much in this race. Unfortunately a Steven Gerrard-esque slip occurred mid boat, sending a domino effect throughout… We were massively unbalanced and tipping into the water on our left side, but thanks to the speed accumulated and quick thinking by our helm and Shona to counterbalance, we somehow managed to avoid the first capsize of the day. With our lower halves sodden and the boat carrying water we trudged on to the finish line with a much less impressive time at 67 seconds. 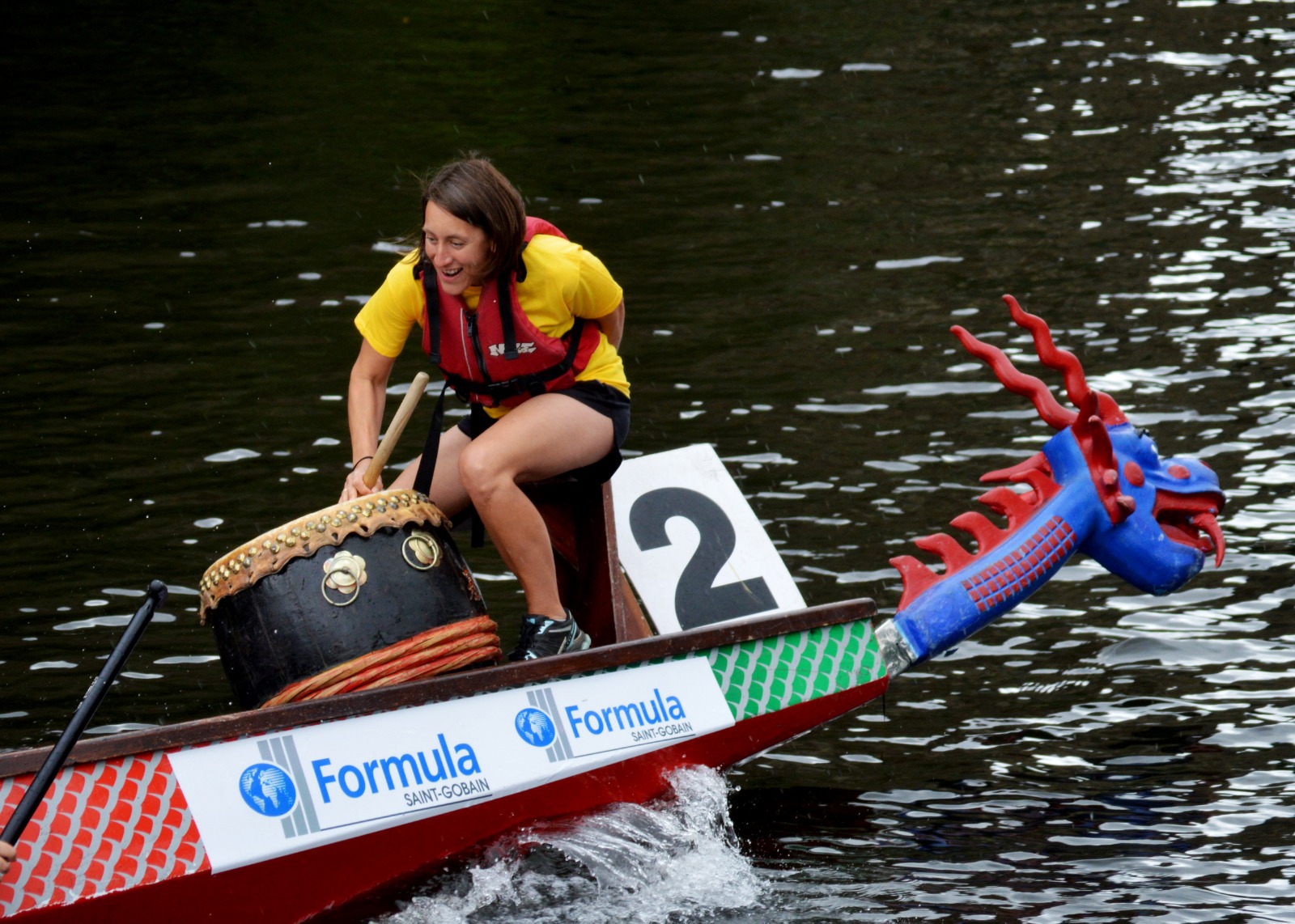 Redemption or at least we thought so. With our chances of progression in tatters, we had one last shot to reach the next round. Discussions of the things had gone wrong in the previous race commenced and we decided to paddle at a slower, more consistent rhythm. Again, we made our way to the starting line, set off and executed our plan to good effect and came first in the heat. All of this led us to believe we had a fantastic time…this false sense of achievement was only realised when we looked at the whiteboard and had only marginally beat our first time.

‘Sink or Swim’ had sunk out of the competition. But like many of these types of events, it was the taking part, having a laugh and meeting new people that will endure.

Influence would like to say a huge thank you to the event coordinators Jo Harbord from Beaumond House and Rachel Wilson from The Children’s Bereavement Centre.

We look forward to taking part next year!

To read about out previous fundraising efforts click the links below to our previous blogs:

Preparations for the Opening of the IBCC