A team of volunteers from Biffa Award, The Eton Avenue Growers Association and Influence spent a day on site at International Bomber Command on Friday 16 March getting their hands dirty creating and forming the International Peace Garden Beds.

Over 20 volunteers arrived on site and after a brief meet and greet inside the Chadwick Centre the group was divided into teams and allocated a planting bed to work on.  Each team marked out their bed shape before collecting their plants from the thousands delivered from Jacksons of Whixley.  The plants were then laid out to planting plans created by Influence, before the task of digging and planting could begin.

Each of the five beds represent the five continents which played an important role as allied air forces in World War II. The species for each bed were carefully chosen to ensure they were either of native origin or represented the planting styles found within that continent. 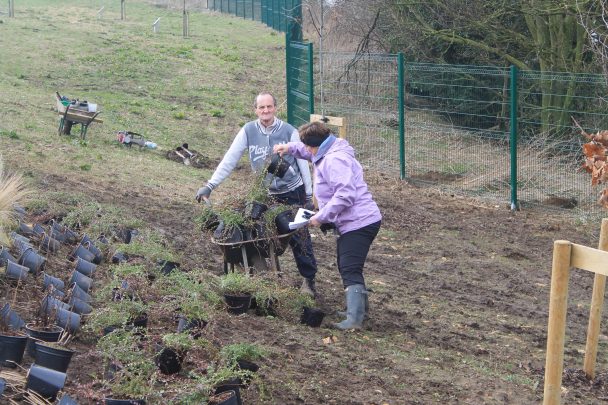 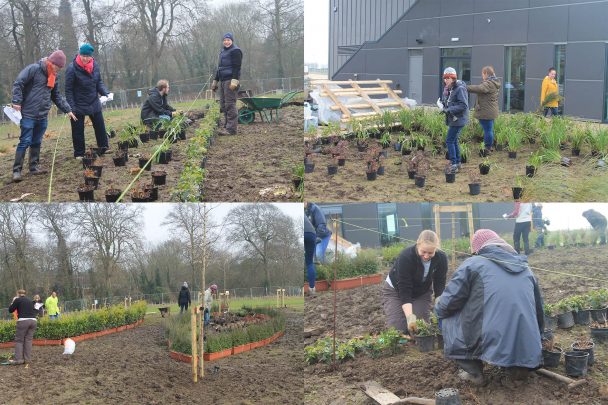 Influence would like to thank the volunteers from Biffa Award and Eton Avenue Growers Association for their time and effort.

Further volunteers have since been on site to finish the planting in time for official opening ceremony on 12 April 2018. 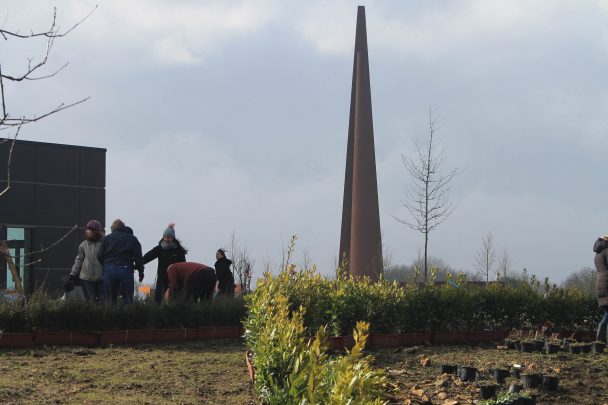