The project started in 2011 for Influence Director Sara Howe and Senior Landscape Architect Jenny Gay, with the field study for a 200 static caravans extension to an existing holiday park on the beautiful North Northumberland Heritage Coastline, within the Northumberland AONB, between Warkwarth Castle and the sea. 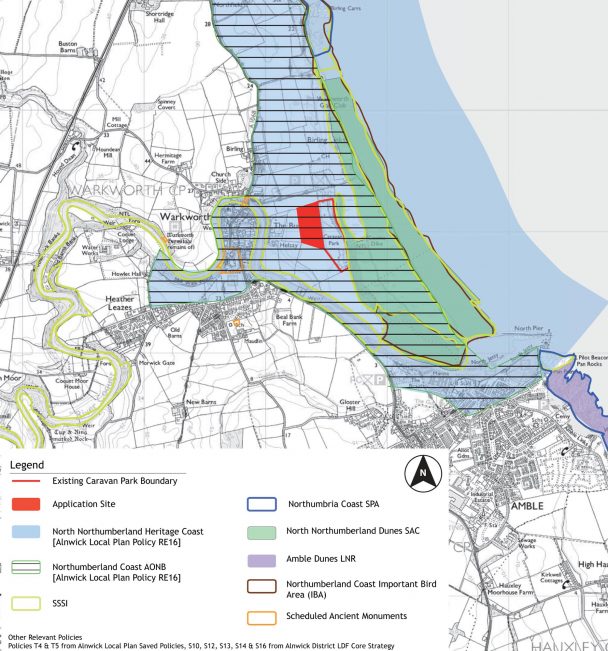 The Landscape and Visual Impact Assessment included views from the foot of the castle and the edge of the Amble Marina.  Although it was a small study area the consideration of the impact of the proposed statics on the coastal character and visual amenity led the team to provide block model views and specify more appropriate colour clad units on the sensitive edges.

Following the hard work of the whole team including Rachel Whaley of GVA, Steve Betts from BSG  and Mike Jennings (highway consultant) the application was approved at committee at the beginning of April 2017.  This entailed six years of negotiation with Northumberland County Council, the AONB officers, the county ecologist and the local authority urban design and landscape team and included amended layouts, revised documents and meetings.

The planning officers attributed the success in achieving planning to the attention to detail paid and the positive response from the design team to the issues and queries raised. 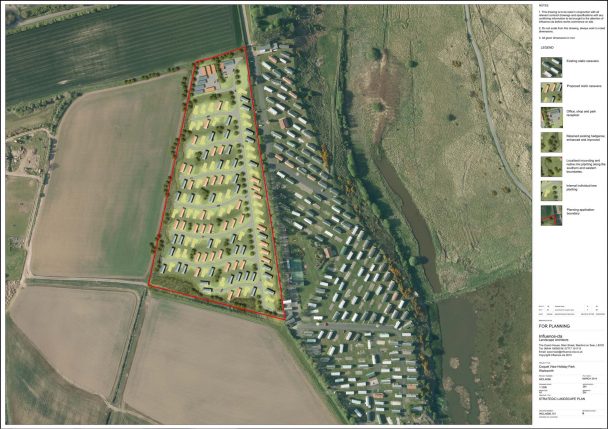 We hope to move on to discharge the planning conditions over the coming months. 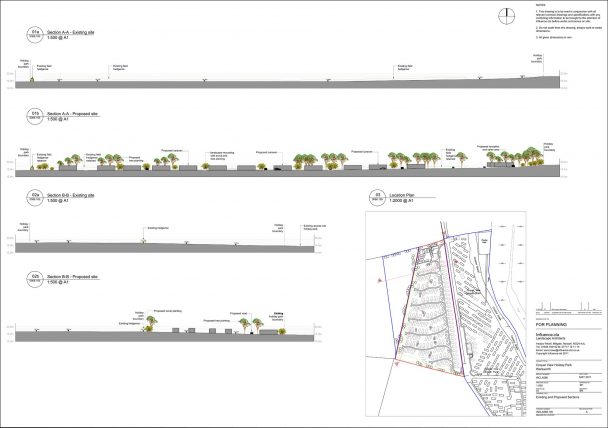