The application was made by RWE Npower Renewables Ltd. (now known as RWE Innogy UK) for a 10-turbine wind development located on agricultural land about 1km north of Hemswell Cliff, which was previously a part of the RAF station, immediately to the east of a west-facing scarp slope called the ‘Lincoln Cliff’, which is designated as Area of Great Landscape Value (AGLV). 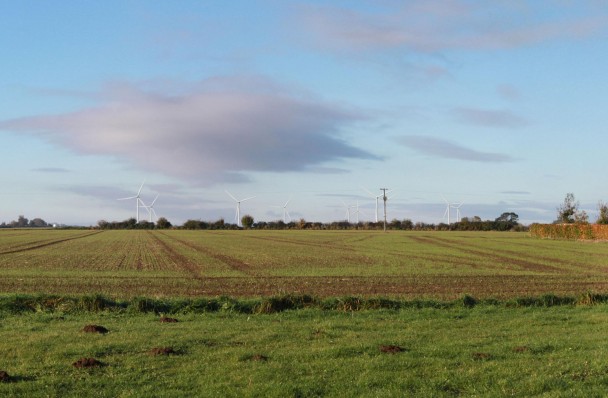 It was refused by West Lindsey District Council in November 2013. RWE Innogy UK Ltd appealed the decision and the application was recovered for decision by the Secretary of State in June 2014. A 7-day inquiry was overseen by the planning inspector in 2015.

Acting as an expert witness on landscape matters for West Lindsey District Council, Michal Nowak, associate at Influence Environmental Ltd, presented during the Inquiry his assessment of key landscape and visual effects of the proposed development. He concluded that the wind farm would be harmful to the character of the Lincoln Cliff and the Till Vale landscape due to significant change in perceptions of scale and the impact on the visual relationship between the two distinctive LCAs in a landscape which is currently free of large, commercial scale wind developments.

Secretary of State agreed with the inspector’s recommendation and conclusions that the proposed wind farm would cause significant effects on landscape character in the Dip Slope and the Cliff Local Character Areas (LCAs) for a radius of about 3km, but that the significant effect would extend for a much greater distance in the Till Vale LCA.